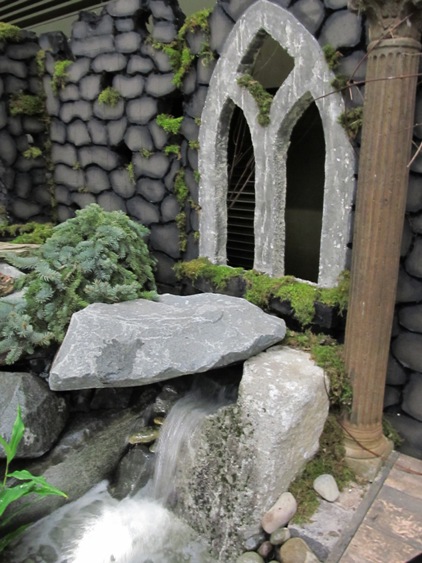 The details that make up a garden are the pieces that set the scene. Plants are a given, they go in a garden, but how you design elements around them helps  finish the story.
I have always had a weakness for ruins in the garden. I think hugging ancient stone during a garden visit to Montacute in England did it for me. 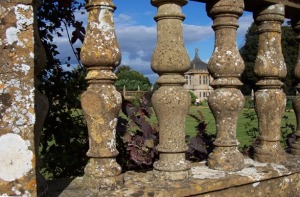 Oh the stories that stone could tell. Ancient stone has personality; weathered with lichen, moss, and age. Hard for man to mimic what nature does. That story telling aspect is what sets the design notes for building ruins in the garden; you get to create a sense of a story.

During the process of designing this year’s show garden, many hours were spent on how we would build the backdrop for this garden; a ruins wall that would appear as if an old symphony hall had crumbled down or the music room of an ancient castle had been reclaimed after its partial destruction. We calculated how much stone it would take to stack it and were a bit bemused by the tons of weight we were stressing the convention center floor with. At one point in our designing I negotiated with a local artisan to make the wall. Ben Isitt www.bensartworks.com creates realistic works of art carved from specialized foam. His work is magical and beautiful, but alas he was out of our budget range. What I did learn from Ben was that carved foam could be made to look real and painted to withstand the outdoor elements. Very cool! In the end, a decision was made to create the wall as a temporary structure of foam built by one of our team members. Constructed by Joan Bogan, I wonder if she still is vacuuming bits and pieces of fluttering white foam from the nooks and crannies of her workshop.

In your own garden, we can’t all have a gothic wall but it is more the remnants of things place thoughtfully that create the story.

A Taste for Herbs 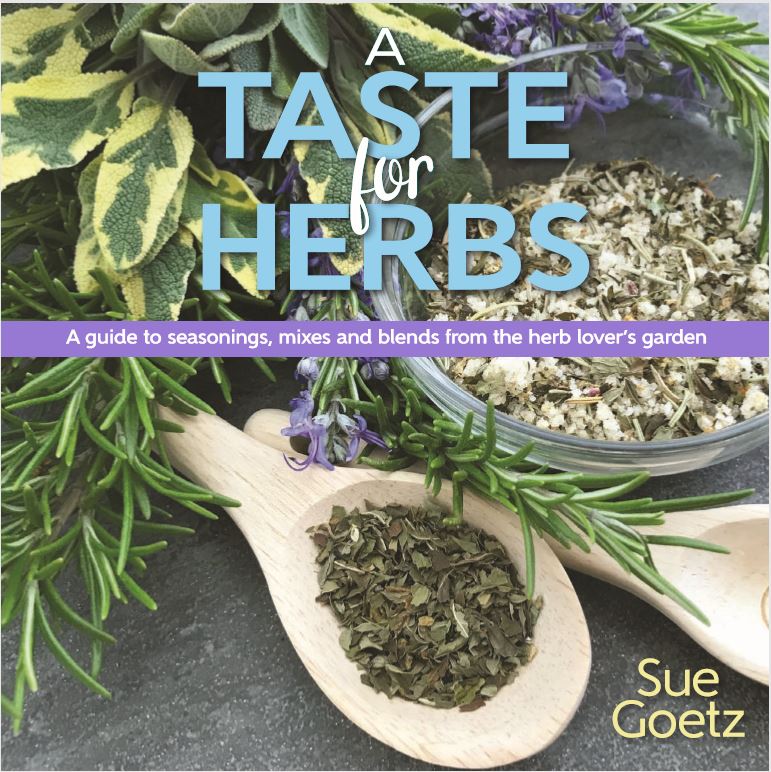